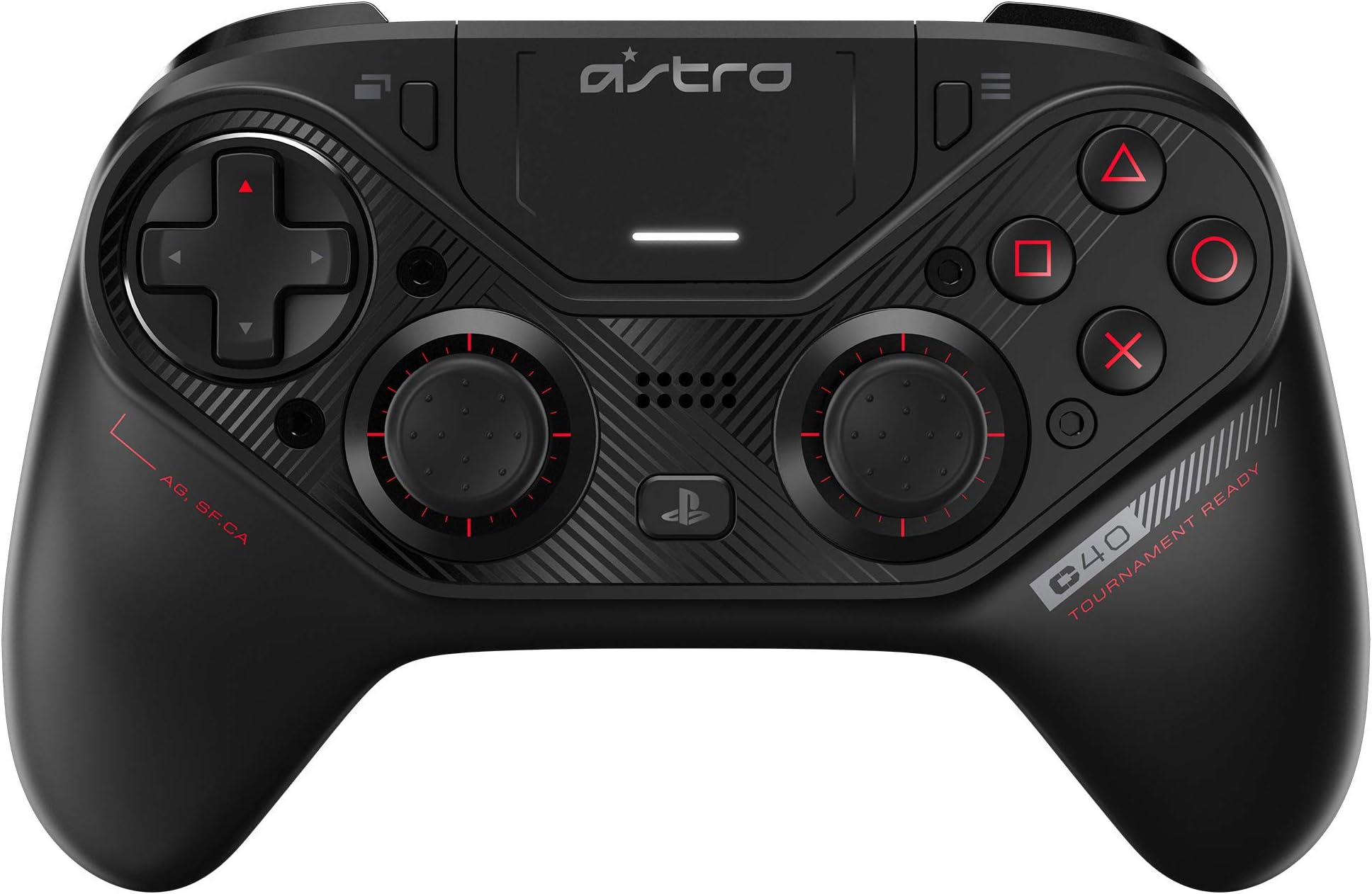 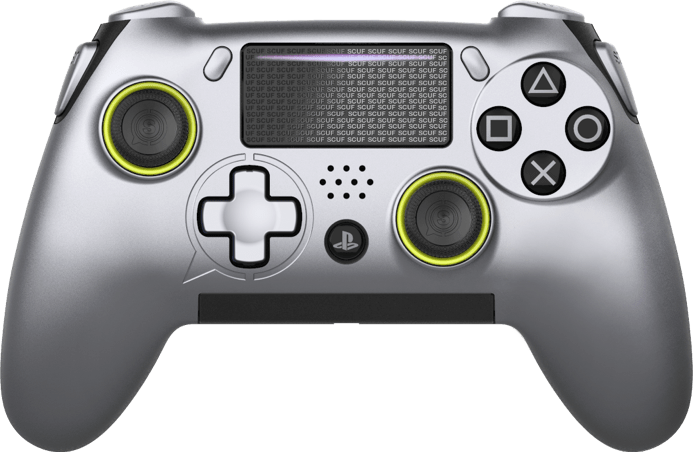 Prefer to Read The Review? Here You Go!

Hope you guys are all doing well, and today we're going to be taking a look at the new Astro C40 and comparing it directly against the SCUF Vantage. Now both of these two are compatible with the PC, but they're mainly designed for the PlayStation 4 console, which is getting to be quite reasonably priced, unlike these controllers which actually cost about two thirds of the console that they're compatible with, which is definitely a huge chunk of change.

We're going to address the reason why they cost so much, talk about the ergonomic features, the design, as well as the customization options that each of them present. So if you're interested in getting the ultimate PlayStation 4 controller, this is the perfect video for you, and let's get right into it.

Now firstly, let's talk about the design of both of these two high end controllers and see how they fit in in the hand. First thing you notice with the Astro C40 is that it definitely feels a lot larger, beefier year than the SCUF Vantage. It is also a little bit heavier, weighing around 310 grams versus the Vantage is around 287 grams with the vibration motors inside. If you do take out the vibration motors, it weighs about 256 grams and in the hand of the SCUF Vantage feels very similar to the original DualShock 4 Controller.

You can also see design shape wise. It's very inspired by that Sony design, which is great if you're looking for something familiar to the original PlayStation design, but I am personally more of a fan of the C40. It feels a lot more secure in the hand. I love the rubberized texture grip at the bottom, and just from a general comfort level based on my hand size, I slightly prefer it over the SCUF, especially for prolonged gaming sessions.

Now one of the cool things about the SCUF is that you definitely have a lot more buttons to play with a compared to to the Astro. You have two left right side or Sax buttons as they call them. At the back of the Astro C40 has two rear mounted paddle buttons versus we have four on the SCUF Vantage, which is awesome in terms of giving you more controllability options, more options in terms of revamping specific commands in your games, but accessing those paddles and especially those side mounted Sax buttons are always a little bit awkward at times and especially if you're in an in game, competitive gaming environment, the placement perhaps may not be optimal for everybody out there, versus the C40 TR doesn't have the amount of button options as we found on the SCUF, and ergonomically due to the shape of the controller, you have access to all your main controls in a very convenient fashion, and without the extra buttons, there's nothing really getting in your way, and sometimes less is certainly more.

Of course button placement and the number of buttons is definitely an individual factor depending upon one gaming style and what games you particularly want to play with these higher end controllers. So this is always going to be a subjective matter nonetheless.

Now in terms of the build material and overall fit and finish of the controllers, both are relatively good, but I do have to give it to the Astro C40 again. The level of quality on the polycarbonate and rubberized finishes feels nicer in the hand, and most importantly the switches that Logitech is using a to make the Astro C40 definitely feel a lot more premium, specifically when you start comparing the shape of buttons to the SCUF Vantage. The SCUF Vantage feels a little bit more loose, less connected compared to the nicely dampened buttons that we have on the Astro and is a similar story, when you compare the feel of the triggers, analog, thumb sticks and D-pads, the Astro in pretty much every way feels like a more well thought out premium built controller versus the input field that you're going to encounter on the SCUF isn't dramatically different from other third party manufacturers that are offering controllers at a much lower price point.

Now moving forward, even though the design round might go to the Astro C40, I definitely think that the SCUF Vantage has some tricks up its sleeve, and that is definitely customization. Now, SCUF is pretty much renowned for the ability to customize pretty much anything you can think of on a controller, and the Vantage is certainly no exception. 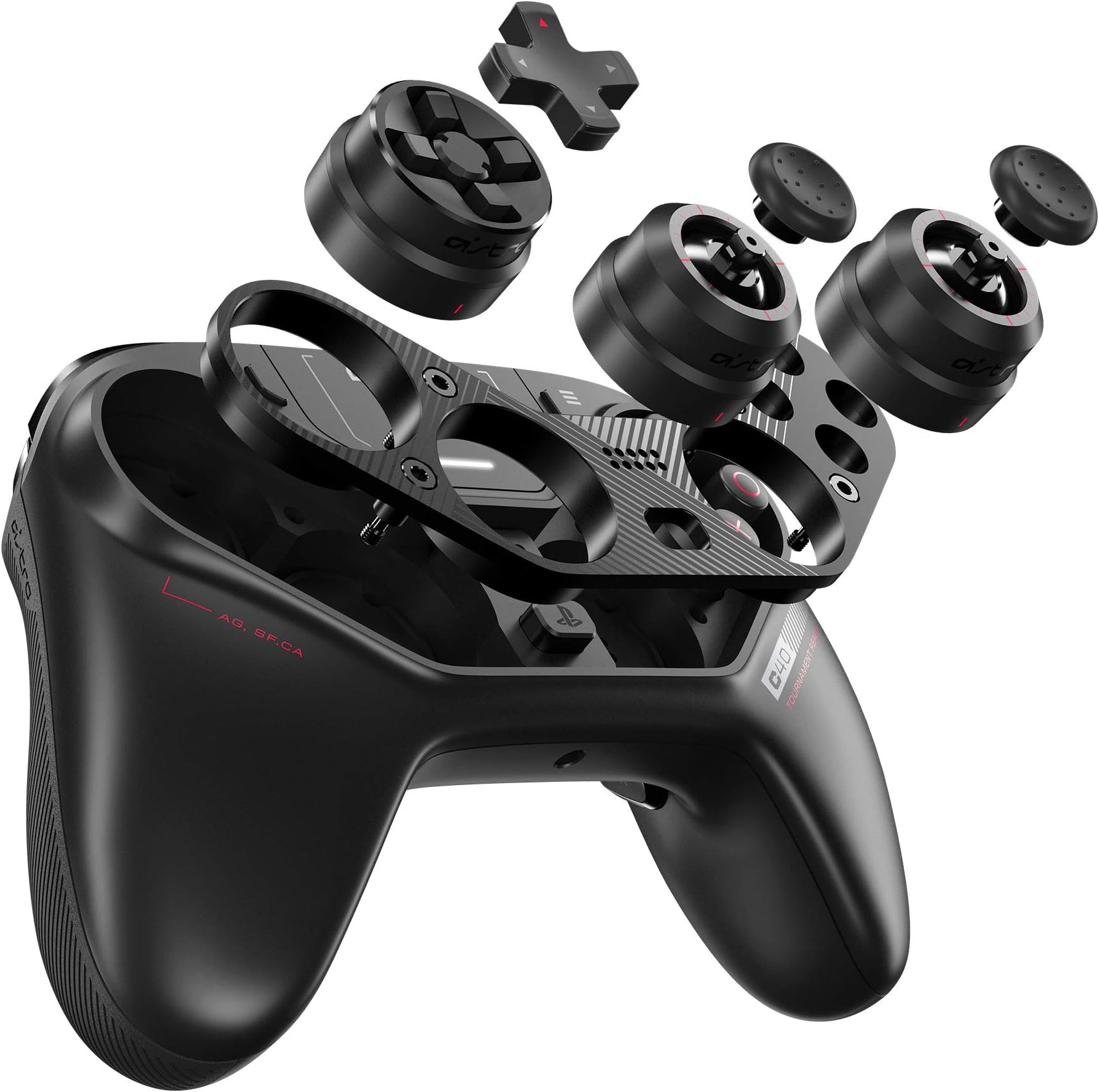 The D-pad can be configured to a standard cross or one that's circular for better implementing dialogues and RPG games, for example. As we mentioned before, you can take out the vibration modules if you want a lighter controller and eliminate the vibration. You can also have either a left right weight distribution bias, which is cool, and the triggers themselves have a pretty decent level of customization.

You actually have two trigger covers to choose from. One is kind of a standard 1.5 centimeter length, and the other one is a longer 2.5 centimeter length, so if you have bigger hands that might be a little handy. Obviously we do have manual positioning for the hair trigger mode which will limit the range of the triggers themselves, and what's really amazing is that you can actually configure the level of tension on the L and R two triggers themselves by using the key and turning it clockwise for more tension and counterclockwise for less tension. That is a pretty darn remarkable.

Now the Astro C40 definitely doesn't have the amount of individual customization options that we have on the SCUF Vantage, but there are some cool attributes nonetheless. One of its biggest selling feature is the fact that it actually has modular switches themselves so you can swap out the thumb sticks for a symmetrical kind of classic PlayStation configuration, or you can have a more offset configuration that the Xbox has really made popular, which is optimal for most people I think out there, especially if you're a big first person shooter on the consoles, but the cool thing is you do have that option.

If you're really weird, you can put both of the thumb sticks on the left hand side of the controller and perhaps unlock some kind of secret cheat code that nobody has ever heard of, but you definitely have the flexibility to do so.

Not to mention is that if any of these parts become broken or defective over time, they're pretty simple, straight forward to swap as you see over here.

Now in addition to that, you still have the option to swap out the thumb sticks for longer sticks as well as different caps, whether that's convex or concave, and you can also get a circular D-pad as an optional accessory if you really do need that, but that is not included in the box. Unlike the SCUF Vantage, we don't have a lot of accessory attachments that's included in the initial launch of the C40.

Now in terms of connectivity, both of these controllers can be either used in a wired fashion or wireless fashion. The SCUF specifically uses a Bluetooth protocol to connect wirelessly to the PS4 or to your PC. Now with the power advantages that you get from Bluetooth, you're going to get a little bit better battery life. Now unfortunately with Bluetooth the latency is going to be a little bit higher than a 2.4 gigahertz frequency on the Astro C40 which actually comes with a dedicated USB dongle that you connect directly to your PC or PS4 to get sub five millisecond response time.

Now if you're super worried about latency, you're probably not going to go with a wireless controller in the first place, but you obviously do have the option to go pretty low latency with the wired solution that both of these controllers have to offer.

Now in terms of headset controls, we actually have a dedicated volume and mute functionality with the touch bar located on the SCUF at the bottom portion of the controller. Unfortunately that only works with a wired headset. If you're going to be using wireless, unfortunately you're not going to have direct controls on both of these controllers.

Now in terms of the battery performance, as you can see, there's not a whole lot of lights on these controllers, so they're going to be pretty darn power efficient. They actually have the same capacity as the OEM PlayStation 4 controller, which is around a thousand milliamp hours, but since we're using Bluetooth on the SCUF Vantage, it's going to typically get anywhere between two to four hours more compared to the Astro C40 which uses a little bit more of a power hungry 2.4 gigahertz frequency, which is going to deliver a little bit better overall latency.

If you're competitive gamer, that might be completely worth it. Obviously you could use both of these in wired mode when you are charging the controller, and in terms of actual specific battery times themselves, the original OEM controller ranged anywhere between six hours to eight hours of usage, and based on my experience, I got anywhere between eight to ten hours on the SCUF Vantage verses six to eight hours on the Astro C40.

To sum it up, everything we've talked about thus far, I think if you're in it for the most custom controller that you can possibly configure, certainly the SCUF Vantage has that for you ten fold. Definitely has a lot more features that you can swap out and cater to your specific needs. If you want the most amount of buttons on a PlayStation 4 controller, definitely a great solution for that.

And honestly I can see why people would criticize something like this, but if you look at the world of PC gaming where you have so many different keyboard configuration, different switches, different mice, why not have that in the console world? So this makes complete sense to me.

Now on the Astro C40 side, certainly this is the better design. Ergonomically superior based on my experience, it has less fluff, everything feels a lot more premium in terms of its build quality, and I can see why they're charging $200, and ultimately if I had to pick out of these two controllers, which one I would use for my PC and PlayStation 4, I would probably go with the Astro C40. At the end of the day, comfort wins all, and this is probably the most comfortable game pad that I have used in many, many years.

Definitely love to hear your thoughts, love to hear your opinion on which of these controllers you would pick and perhaps some alternative solutions. I know Razer has their Raiju model available for the PlayStation 4, and obviously it's going to be interesting to see what the new PS5 Controller is going to look like. Perhaps they'll be inspired by designs like this, but again I want to thank you guys so much for your support. 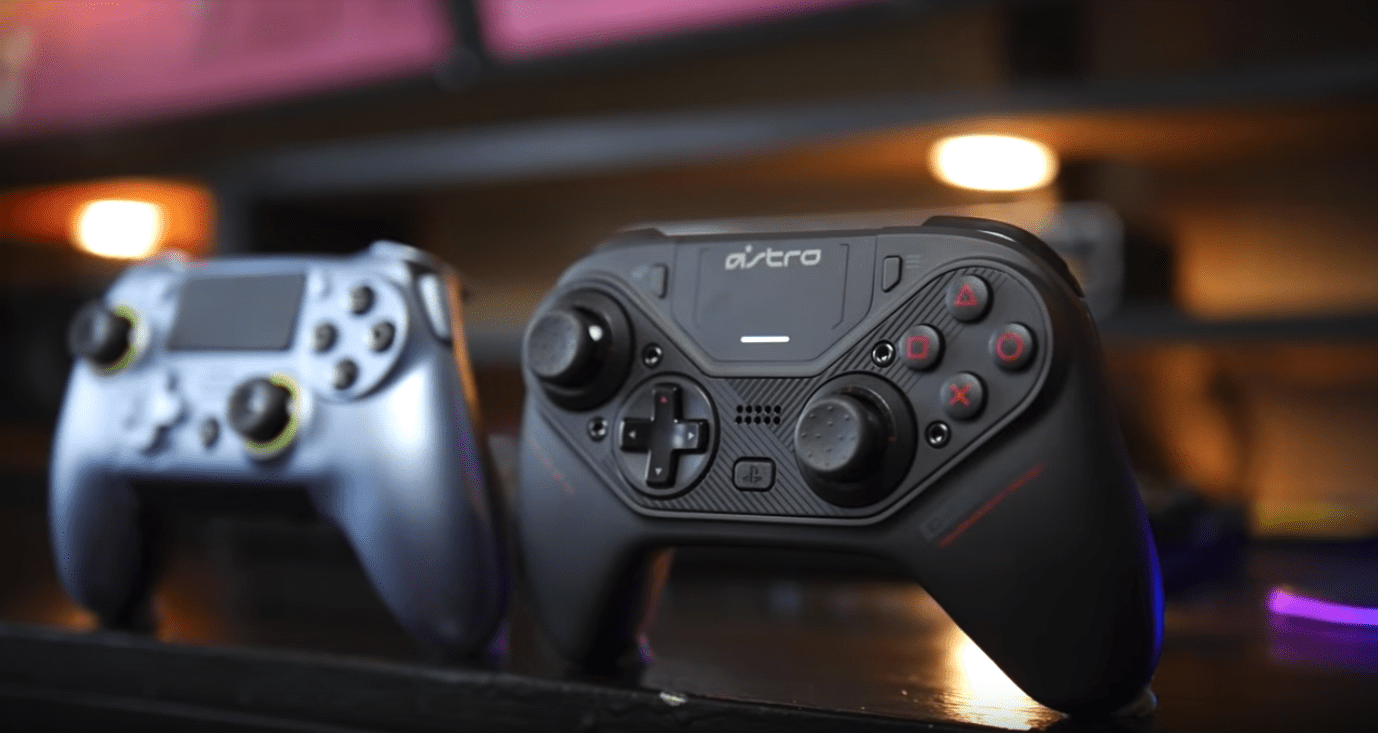